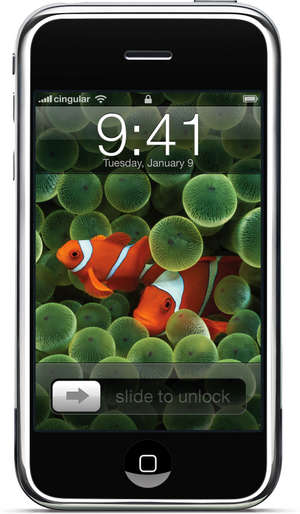 Apple finally announced the iPhone today. Its a phone, iPod, PDA, camera all in one. It is also just about the coolest thing ever. Which is no surprise coming from Apple lately. It won't ship till june, and its $500 for the 4 GB model and $600 for the 8 GB model. That is WITH a 2 year contract from Cingular. I never liked Cingular, but I guess I will learn to like them. My Verizon contract will be up right around the time this phone starts to ship. Although I probably won't get one until it gets cheaper, and my E815 breaks. Apple should be posting video of their event soon. This phone is seriously cool. Like it makes your iPod look lame.