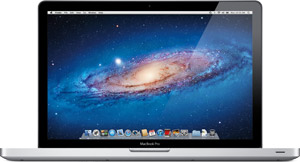 Many of the Apple rumor-slash-news websites have indicated that the last MacBook Pro update was a small stop-gap update, and that a larger refresh is coming soon. Based on all of the news and rumors I've read, plus some logical reflection on past updates, and Apple's general "mindset", here are my predictions for the next MacBook Pro update. Everything here is pure speculation, I have no insider information whatsoever.

What will this mean? Well first, I think that they will include a MacBook Air style SSD drive slot, in addition to a traditional 2.5" hard drive bay. This means you will be able to do SSD + HDD configurations out of the box right from Apple. Even with these dual drives, Apple should also be able to make the MacBook Pro thinner, and increase the physical size and thus the capacity of it's battery. Those optical drives take up a lot of space that can be well used for other functions.

I would also love to see discrete graphics, at least as an option, but ideally by default, on the 13" MacBook Pro. Removing the optical drive will leave a whole lot of space in the MacBook Pro. I'm also a big nVidia fan, and would love to see Apple switch back. The nVidia MacBook Pro models always seemed to be fairly powerful while still being very energy efficient.

There's always a chance Apple could increase the resolution of these screens, possibly up to "retina" status, but somehow I don't see that happening. I suspect that the current resolutions will stay for this revision. I think the next MacBook Pro update that corresponds to the next new full version of Mac OS X (10.8) is likely when we'll see retina Macs. There will need to be lots of upgrades to OS X to fully take advantage of retina display on Macs. I'm referring to either fully recreating all GUI graphics at ~4x the resolution, or finally switching to the mythical "resolution independent GUI". I don't think any of this will happen with the next MacBook Pro update.

There could be a slight form-factor change, but I don't see it as being very significant. These computers are already so small and thin, and the unibody design is clearly superior to the old aluminum and titanium styles, that there isn't much to be done aside from minor cosmetic changes.

So to recap: Speed bump the processor and graphics. Remove the optical drive, and divide that free space among an SSD drive slot, discrete graphics on the 13" models, increasing the battery size, and making the MacBook Pro a milimeter or three thinner.

There is already a surprising amount of free space available inside of a 17" MacBook Pro, which already has discrete graphics. So if any MacBook Pro is going to retain it's optical drive, it would be the 17". I believe they could add an SSD slot to the 17" MacBook Pro without removing any of it's current components. But knowing Apple, they're probably more likely to use all of that space to increase the battery size.

An interesting side effect of these upgrades is that the new line of MacBook Pros will probably weigh a bit more. Even though they will be slightly thinner, optical drives are light and hollow, and battery is solid and heavy.

Also I would personally love to see the matte (aka Anti-Glare) screen option available on ALL models, including the 13". And I also think it should be a no-cost option, like it used to be back when Apple first started making glossy screens. I don't think this will happen, but I would love it if it did.

There you have it, the official MacFixer educated guess at what Apple might do.