FXDesktopVolumePositions - A Rare Cause for a Slow Finder 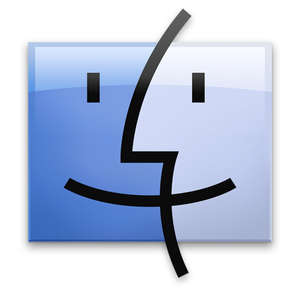 I've been experiencing regular Finder laggyness for a while now. My Mac Pro is pretty old, so I assumed that was the cause. But the slowness slowly got worse and worse. This isn't Windows, Macs don't get slower over time for no reason! Especially computers with SSD boot drives, Radeon 5770 graphics cards, and 6 GB of RAM. So I started doing some research, and I found out the cause of my lagging. This problem isn't going to apply to very many people directly, but it sure is interesting.

First, a little background info. In older versions of Mac OS, when you inserted a disk, it would show up at the top right corner of the desktop. If that space was occupied, it would show up below it. This was the case for hard drives, USB thumb drives, CDs, DVDs, everything. Even floppy disks way, way back in the day.

Starting with OS X 10.5 (Leopard), Apple came up with a system that let you move disk icons around on the desktop, and remember those locations when you ejected the disk, and then re-mounted it at a later time. It does this by remembering a little bit of information for every single disk that your computer ever sees! Every disk, even CDs and DVDs.

This information is stored in the Finder's preference file [ ~/Library/Preferences/com.apple.finder.plist ], which means it's not a system-wide memory, it's a User-specific memory.

After doing some checking, it seems like most people have somewhere in the area of 400 disks in their Finder preferences file. But not me. I do CD ripping as a side business. I've had thousands upon thousands of music CDs in my Mac. Plus I've had countless hard drives, and other Macs connected to my Mac over the years. As it turns out, my Finder preferences file had records for 9,515 disks!!!

The effect of this was as follows: every time I would click on a file or folder in the finder to drag it, about 3 seconds into dragging, my Finder would freeze for about a second. This often caused me to drop files into the wrong folder.

Please note that under normal use, you don't have to delete this information. If you are experiencing laggyness in the Finder, this is probably NOT why. However if you do an uncommon task on your Mac that does require you to connect an unusually large number of disks, this tip should help you out.