You Can Run Microsoft Office On Your Mac, But Don't 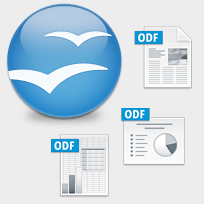 One of the common questions a person has when they are thinking about switching to Mac's for the first time, is "Can I run Microsoft Office?". They usually word it in a way that doesn't quite make sense, but that's what they mean. They want to be able to create and edit Word and Excel files.

The short answer to this question, is "Yes." Microsoft makes a version of Office just for Macs. And like the Windows version, it's pretty expensive.

Apple also make their own office suite, called iWork. It contains a word processor (Pages) and a spreadsheet (Numbers), and also a presentation app (Keynote). Apple's programs are nice, and they are cheaper than Microsoft's.

OpenOffice is a totally free office suite. Yes that's right, totally free. It's an open source project, which means it's not made by a company, it's made by it's users and fans. To a traditional Mac or Windows user, free software usually means a poor quality demo. But in the unix world where OpenOffice was born, nearly everything is free.

How does OpenOffice compare to MS Office and Apple iWork? Well OpenOffice's interface is a little more retro. It has square buttons and lots of grey, that reminds you of the classic days of OS 9. It's not quite as fast as Apple iWork, but it's probably on par with current versions of MS Office. As far as functionality, it's great. It has a fully functional word processor and a fully functional spreadsheet program. In fact, it kind of reminds you of using older versions of MS Office, before Microsoft started changing the look every release. But it's not office. And it's free (have I mentioned that?)

Compatibility is great too. Each office suite (MS Office, Apple iWork, OpenOffice) creates new documents in their own format by default. MS Office uses Word and Excel files, which have become a de-facto standard, but they are not true standards. OpenOffice saves files to the standard OpenDocument format. While this format is a standard, few applications use it, so it's kind of de-facto proprietary. Apple's iWork of course uses it's own proprietary format for new documents too. It's the Apple way. HOWEVER (this is the most important part), both OpenOffice and Apple's iWork can open MS Office files, and can save as MS Office files. With Apple's iWork, it's a little clumsy. iWork automatically opens copies of Microsoft files, then if you make a change and want to save, you have to save that copy as a Microsoft file. OpenOffice makes it even easier. OpenOffice lets you open and save Microsoft files directly. This lets you use OpenOffice on a Mac, while sitting in an office full of Windows users who send you (proprietary) Microsoft Office documents, seamlessly.

So what does it all mean? Yes, you can get Microsoft Office for Mac, so you can create Word and Excel files. BUT you can also get OpenOffice on your Mac, which is a totally free, and slightly less visually attractive office application, that lets you do all the same things as MS Office. Prices of Microsoft Office range from $149 to $399.