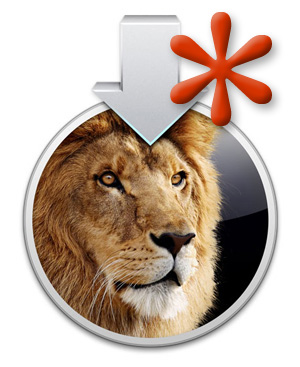 As Steve Jobs says... 'One More Thing' before I write about Lion's new features. OK so that's not the way he uses that phrase, but still.

So aside from all of the logistical differences installing Lion that I wrote about in the previous article, there are two significant asterisks when it comes to installing Lion. They are: *Your PowerPC software will no longer run, at all and *your hard drive may need to be reformatted first.

*PowerPC is dead. If you are a techy, you are probably thinking "didn't that happen 5 years ago?" PowerPC hardware died long ago. But up through Snow Leopard, PowerPC Mac software still ran seamlessly on Intel Macs. So seamlessly in fact, that most people probably have no idea there is even a difference. That is why this problem is going to bite so many people in the ass. I would speculate that most Mac users don't know the difference between PowerPC and Intel applications, and don't know which, if any, of their apps are PowerPC. Popular apps that are PowerPC include: Adobe Creative Suite CS2 and earlier, Microsoft Office 2004 and earlier. Generally, any software from approximately 2004-2005 or earlier, will no longer run. I own an Agfa scanner. It's a very high quality scanner, but Agfa went out of business in ~2001. My Agfa scanner app will never be updated. I can no longer use it natively on my Lion Macs.

The piece of software that allowed you to run PowerPC apps on an Intel Mac is called Rosetta. It was built-in to Tiger, Leopard and Snow Leopard. I'm not happy that Apple has decided to discontinue it. In my opinion, it is Apple's way of trying to kick developers in the ass. But there's no technical reason not to keep Rosetta in the OS indefinitely. It's never a good idea to completely cut yourself off from the past.

*Your hard drive may need to be, not just reformatted, but repartitioned. Lion is unusually and extremely picky about what kind of hard drive volume structure it will install on. Lion installs a special invisible "recovery" volume, which requires it to repartition your drive on the fly. It would seem that this part of the installer is not flexible at all. If you are running on a RAID array, or if you have done any kind of custom partitioning of your drive, you will probably have to repartition before you can install Lion. It sometimes even if you haven't done anything at all, you might have to repartition.

How can you check? To my knowledge, there is no way to check ahead of time. The only way to know if your hard drive needs to be repartitioned, is to TRY installing Lion. And if it refuses to install on your drive, you'll know you need to repartition.

So if you are in the repartition boat, here what you (or I) will have to do:
- Do a full backup of your entire computer, either through Time Machine, or if you don't use Time Machine, making a disk image of your whole hard drive (which you can't do while you're booted off the hard drive, so you'll have to boot off another drive to do this).
- Repartition your hard drive to be of type GUID, with a single Mac partition.
- Use Bootcamp Assistant to remake a Bootcamp partition, if needed
- Restore the contents of the backup to your newly erased hard drive.
- Install Lion

These steps aren't particularly complicated. However if you have even a modest 150 GB of data on your Mac, this process, along with the installation of Lion, will likely take as much as 4 hours or more. And theres no way to check ahead of time. Most people will not have to deal with this issue. But for those that do, it will be a very unexpected, and very expensive surprise.