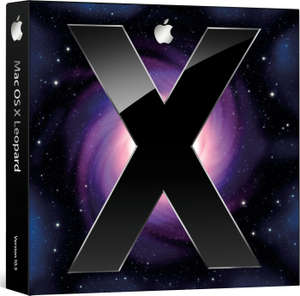 Overall
Overall, it's great. It is so fast. So much faster than 10.4. Especially on Intel Macs. But even PPC Macs run faster. It has a new look that does take some getting used to, but once you do it's real nice. It has some killer new features that make it so much easier to work on. Under the surface, Apple has made big changes all around. Windows users might thing that newer versions of software will run slower than the ones they replace. But thats only a windows thing. In the rest of the computing world, newer means faster and more optimized. Should you upgrade to Leopard? YES, right now, what are you waiting for? If you meet the (somewhat high) minimum specs, you should absolutely go for it. As always, upgrading your RAM will only help matters. Even with the minimum, you are going to be doing better than you were with Tiger.


Downsides
There are a few downsides as with anything new. But Apple has a track record of updating its software frequently, and so any minor issues should be sorted out soon. As I mentioned above, Time Machine is great, but it can only do one backup. And it's kind of odd when you backup over a network. The new Finder is great, but it has this issue. On my Mac Pro anyway, the Finder will stop seeing my keyboard. So I am unable to type anything or use any keyboard shortcuts in the Finder. Its easy to fix, just Control Option click on the FInder in the Dock and relaunch it. But still, it would be nice to get that fixed. Leopard is not yet compatible with SoftRAID Stripe volumes. They thought it was, but I found out the hard way that it is not. For this reason, the upgrade to Leopard on my Mac Pro was a little problematic until I figured out what was going on. I have since stopped using SoftRAID for the time being, and everything is great. So again this is only going to effect you if you are running SoftRAID. Another problem I has was that my MacBook was running Mac OS X 10.4 Server. The Leopard installer did not like the idea of trying to import users etc from a Server volume. This one also took some playing around with, but eventually it is also working fine. I have done some regular updates on some 'normal' systems and it has gone flawlessly.

So I'll end with the same conclusion I started with. This software is great. If you have at least 512 MB of RAM and an 867 MHz G4 or faster, you should upgrade your computer as soon as possible.